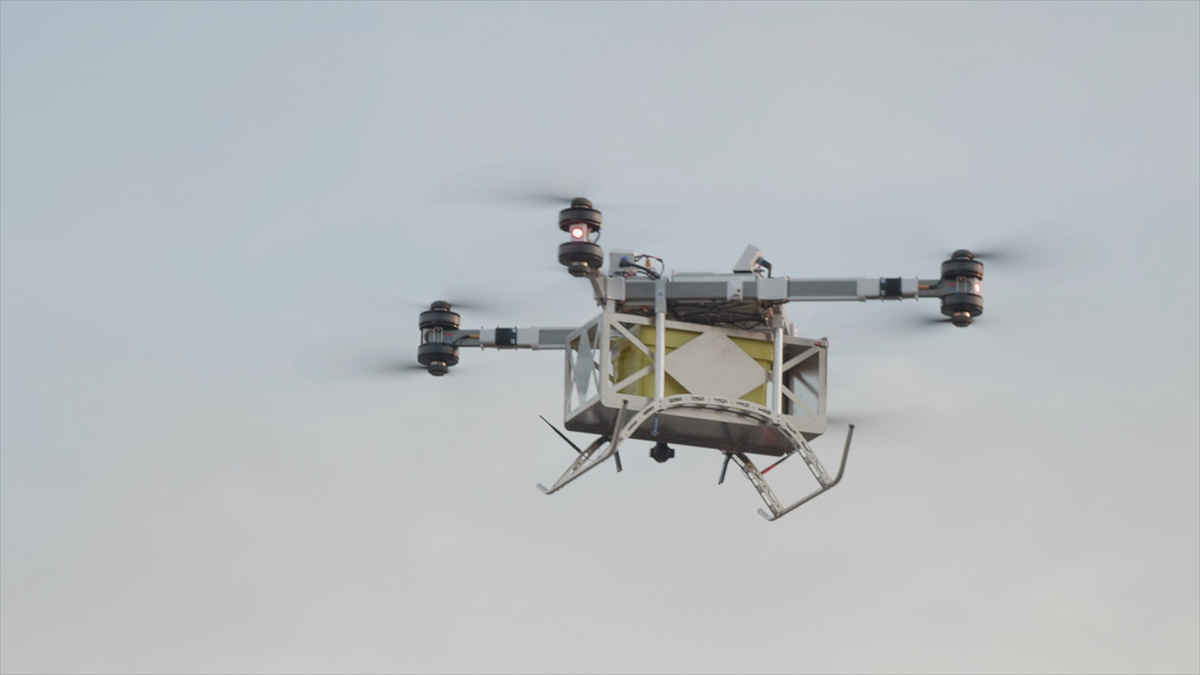 Sumeri Moderni trials took off from the excellent results of previous tests (Sumeri si Slap!) and were conducted by Leonardo with partner companies Poste Italiane and FlyingBasket and were authorised by ENAC. They saw remotely-piloted drone aircraft safely flying routes of between 15 and 50 km while carrying heavy loads. The aircraft used for the trials was an electric FB3 VTOL (Vertical Take-Off and Landing) cargo drone built and operated by Italian start-up FlyingBasket, which can carry up to 100kg.

A number of the trial’s ground and flight test elements centred on a Poste Italiane sorting centre and saw the drone flying over the Basse di Stura landfill site in Turin which was made available by Amiat, an Iren Group company. These trials focused on the handling of heavy goods, the ability to load and unload the drone in the logistics operator’s hub and evaluating the potential technological and procedural impacts of such flights, as well as acceptance by the public. This testing is being done in preparation for regulations which relate to flying remotely-piloted aircraft in dedicated airspace (called U-Space). U-Space is being developed by D-Flight, an ENAV group company, in partnership with Leonardo and Telespazio. Relevant EU legislation is expected to be implemented in 2023. Airspace management procedures have also been tested in coordination with ENAC, with the aim of addressing some of the challenges identified in the organisation’s National Strategic Plan for Advanced Air Mobility.

The FB3 VTOL drone used in Sumeri Moderni is small, efficient and has a flexible footprint, making it suited for operations at both large logistics hubs and secondary sorting centres. During the trials, it transported a series of significant loads over rivers on the outskirts of Turin. It also demonstrated its ability to release its load via cable, an important feature that gives the drone the ability to connect areas which are difficult to reach or do not have dedicated infrastructure for landings.